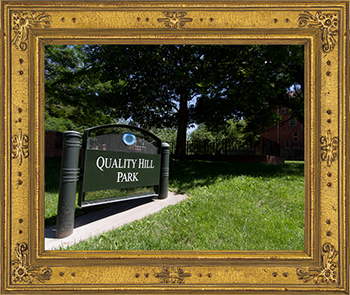 The Denver House is located in one of the most interesting neighborhoods in Denver!

The Quality Hill Historic District is a small neighborhood that consists of only a few blocks centered around the 900 block of Pearl Street which is known as Doctor’s Row. There are many historic homes and Denver mansions in this district. Quality Park is a charming “pocket park” located at the corner of East 10th Avenue and Pennsylvania Street.

In the late 1800’s the wealthy of Denver flocked to “Millionaires Row” (now Grant Street) on “Quality Hill,” and along East Colfax Avenue where they outdid each other, constructing luxurious 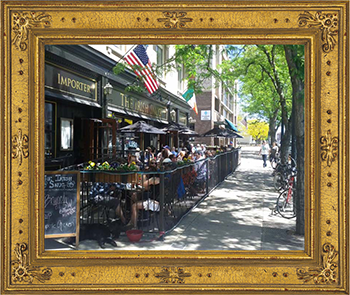 mansions. Architecture that incorporated a variety of classical styles was noted for its flamboyance became known as the “Denver Style.” Each owner whimsically added turrets, spires and porches and the finished home rarely bore any resemblance to the original design.

Two examples include the Grant-Humphreys Mansion and the Colorado Governor’s mansion. Both were built between 1902 and 1908 and are on the U.S. National Register of Historic Places.

Now the area is one of the most dynamic in Denver, filled with interesting restaurants, galleries, parks and bike paths. Nestled perfectly near (but not on top of) public transportation options and roadways, The Denver House is close to everything you need to fulfill a comfortable lifestyle.

Maps were disabled by the visitor on this site. Click to open the map in a new window.